your tiny penis is making me sad. 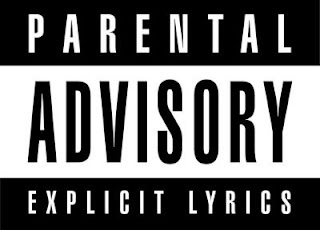 please stop sending me unsolicited pictures of your dicks. i hate to appear ungrateful, but enough is enough. i don't know if you've ever met any women before, but let me help you dudes out: looking at a blurry cell phone shot of your semi-flaccid average-sized penis is quite possibly the least sexy thing i could ever imagine. it doesn't give me even the least little flutter down below. i usually think "well, that's interesting," and save it in my email or phone for future blackmail purposes should the need ever, ahem, arise.
i watch a lot of filthy porn. not enough that it interferes with my every day life, but just the right amount to keep me from shooting up a grocery store or daycare or whatever. so this isn't coming from some prudish place where the only acceptable romantic interaction with a man must involve candlelight and roses and soft music. quite the opposite. i want you to come over when it's dark, NEVER SAY A WORD TO ME, then handle your business and get the fuck out. so let's just say that dick flicks aren't offensive to my puritan sensibilities.

the kamikaze cock shot is unsettling. it's disconcerting for your unsuspecting ass to open a picturemail expecting, oh i don't know, some frolicking kittens or a hilarious t-shirt in a store window and have your eyeballs assaulted by A MASSIVELY ENGORGED ERECTION. a bitch needs some warning, dude. the last one i got a couple days ago i was on the goddamned bus! i jumped and gasped and the grandma sitting next to me immediately looked over and then shamed me with her scalding old lady eyes and i looked like a huge whore ON THE BUS all because some asshole couldn't keep his goddamned pecker to himself.

you could at least enlist the help of an art director or stylist or creative consultant or something. dress it up in a little costume or pose it next to a bowl of fruit, still life-style. drizzle some baby oil on it, give it a tiny penis prop. ANYTHING that says "i really put some thought into this junk shot i'm sending you." no one feels like a special fairy princess upon receipt of the hastily-snapped "i was just taking a shit and looked down at my dick and pressed 'capture' for you" shot. sometimes a girl wants to know that you fucking care, man, that you locked yourself in a quiet room in your mom's house and lovingly caressed your boner while thinking of her perfect face before artfully resting your dick on a decorative pillow and commemorating that moment for all of eternity with your ipenis or your dickberry. is it really too much to ask?

maybe that's just how the kids are comfortable communicating these days? that hot dude i met on the train a couple weeks ago SENT ME A PICTURE OF HIS DICK before he had even TOLD ME HIS FULL NAME. and i appreciate directness in a dude, but either he has the longest torso in the history of man, or his package is the size of one of my thumbs. which then begs the question, "WHY the fuck would you send THAT?!" i understand that cocks and balls are amazing and that those of you in possession of them are superciliously vainglorious about those twigs and berries, but why show off a little one? ESPECIALLY if i haven't asked to see it?!

small dicks are no problem because they're usually attached to a dude who's aware of his shortcomings and willing to do just about anything to make up for it. but is it something to brag about? this dude should be sending pictures of his lavish house and bank statements, that way when his pants come off i can say, "well, at least his mortgage is paid..." before i start trying to jack off a fun-sized snickers bar.

don't get more wrong, the gigantic horse dicks are inexplicable, too. i mean, what am i going to use that for? and how many other bitches have you sent this to? these dudes must not know any scandalous pieces of shit, because if you piss me off i'm sending your better half to your mother, your father, your pastor, and your friends. and even if i don't hate you you can bet your sweet ass that all my friends have seen your shit. for serious. i'll bust my phone out at dinner while waiting for the waitress to take our drink order. "hey girl, did i tell you that lawyer dude sent me a picture of his dingaling?" and then we laugh at it, my dinner companion and i. i forward email dicks like spam, littering the information superhighway with severed members, lorena bobbitt style. just chucking them out of my gmail window like candy wrappers. a little something sweet for my homegirls to suck on.

and i get it. "look at me, look at what i got, i'm so proud of it, how can you resist, don't you want a piece of this?" I GET IT. you have no personality, your sense of humor sucks, your style is wack, you're probably broke, but your king kong penis is so irresistible that i won't be able to help running to pick up the phone to call you. if only. it's just so random and gross and weird. i should start doing shit like that, taking an obscured picture of a piece of my back fat and send it with the caption "how horny does this make you?"

readers email me dicks all the time, and those at least are of a high enough resolution that they're interesting to look at. i usually throw them out right away because i'm paranoid, but also because WHAT THE FUCK AM I GOING TO DO WITH THAT SHIT? here's a thought, email me your credit card number. or a picture of the boat you just bought for me. or something smart and hilarious that you've written. something that might stimulate me in some way, not make my eyeballs bleed and fall out of my goddamned head.

and what are we supposed to talk about after i've already seen your dick? how does that conversation go? "so, i love music and movies and drinking in excess, i go to a lot of live shows, my stomach hurts all the time, i work in an animal hospital, and what is that dark spot at the base of your shaft?" and if it's a booty call thing and not a talking over a brunch you expect me to pay for thing, why aren't you over at my place showing it to me in person? is that where chivalry is at these days? text text phone call text dick shot text let's fuck? totally fucking boring.

so the train dude is out, because i've had my fill of delusional dudes lately. you can't send me a picture of your joke penis and expect that we're going to suffer through a movie or whatever. it's like already knowing you got socks and underwear for christmas; who the fuck wants to bother with opening the box? and i met this other dude who i'm not that excited about, especially because he told me that the best way to get through life is "a positive attitude." i mean, if that is true, he is going to hate me IMMEDIATELY. i positively hate everything. but he has a job and a normal name, so there's that. he's short, though. barf.

maybe i'll send him a picture of my earlobe.
Posted by samantha at 5:22 PM