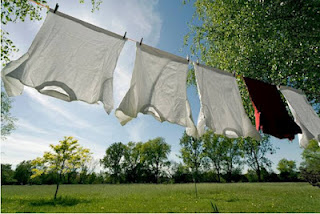 "hey sam, what is your steamiest sexual fantasy?" a couple weeks ago i was eating a sandwich at the nail salon, and eve posed this question to me from the pages of some trashy magazine she was reading while getting her callouses scraped off. "you're looking at it," i said, motioning to my daytime pajamas while sucking grainy mustard from my fingers. "i am currently having mind-blowing sex with a quarter pound of fresh corned beef. also, words like 'steamy' gross me out when referring to human body parts. BARF." unsatisfied with that answer (what is she, vegetarian? that sandwich was pretty goddamned sexy), she tried again. "no, seriously. spill it. i've known you for five years and you've never told me your innermost sexual desires."

is that even a real goddamned thing? since i mostly use my imagination to come up with witty facebook statuses and hilarious tweets, i leave very little in my mind grapes for the purposes of sexual arousal. that's what the fuck porn is for. why do i have to sit around for half an hour picturing that captain america dude having buttsex with jason momoa when i have an internet connection and mister marcus? who has that kind of time?! i just want to slide the crotch of my underwear to the left and be done before celebrity apprentice comes back from commercial. i'm too busy trying to stay awake after eight pm to concoct elaborate fantasy scenarios to get off to. and okay, let's say i spend my saturday morning off luxuriating in my target duvet and decide to dream up a boyfriend. what happens when i'm finished? i crash land back into reality, irritated and with an incurable case of emotional blue balls? man, fuck that.

i love the nail salon. there is no greater joy in my life than sitting stiffly in an uncomfortable chair once a week, racked with middle class shame, apologizing with my eyes and pretending not to notice the bleeding as some salty bitch stabs me with an orange stick while talking shit about my cuticles in vietnamese. "kelly," my favorite nail technician, emerged from the back carrying a STEAMING bowl of soup and tapped the chair she wanted me to sit in. here's why i like this mean-ass bitch: 1 her name tag says "kelly," with actual quotation marks. i can appreciate that shit. it's always disconcerting when a person whose name obviously has a lot of x's and h's and maybe some n's calls herself "jane" with a straight fucking face. 2 she is ROUGH. her sentences never consist of more than three words, and all she does is scowl. especially when i show up with glitter polish she basically has to use her teeth to scrape off. and she doesn't argue when i ask her to skip the lotion and hand massage part. i'm just uncomfortable with all of that forearm rubbing and finger-pulling. and 3 the first time i sat across from her she talked about nothing but selling herbalife and going out to excalibur that night to go "find white men," while WEARING BIKER SHORTS AS REAL CLOTHES. and i was like, "holy shit, this bitch's whole life is like a commercial for 1997." i was smitten immediately.

i explained to eve, and all of the other patrons of the JC nails who had all halted all of their own conversations to participate in ours, that i don't really have a sexual fantasy, that there is nothing much to tell. "i call bullshit," she said. "every woman has some super hot shit she's just dying to have happen to her." the old woman who i thought was asleep in one of the vibrating massage chairs cracked open an eye. "that's right, babygirl. everyone has a naughty fantasy." ew, grandma.

"meat under nails!" "kelly" tsk-ed as i offered her my paw, giving me the "BITCH, BACK IN LAOS I WAS A MOTHERFUCKING NEUROSURGEON" face as she dropped my hand onto the table in disgust. i apologized with my eyes and went to scrub my fingers at the sink. a few minutes later eve walked over on her heels to continue interrogating me about my nonexistent sex dreams. "kelly" loves her some sex talk, and she immediately followed eve's lead. "tell us," she prodded. "what sex fantasy?" i looked into eve's and "kelly's" expectant faces, saliva glistening at the corners of their mouths. "fine then, gosh. i'll fucking tell you my one sex fantasy."

LADYPORN TIME. "i can smell him before i see him: it's a pungent, manly smell, like sawdust and flank steak and recently-read newspapers. i can just barely make out his silhouette in the darkness of the hotel room i'm sitting in. he's tall and built like a loveseat or something, square and comfortable to lie on while watching tv. he sets his chainsaw down near the door and drops the car engine he just rebuilt at my feet before caressing my face with one of his rough, calloused hands. my heartbeat quickens. this anonymous stranger then kicks off his work boots and shakes out of his coat, at which point i notice several pages of handwrittend poetry fluttering to the floor from where he'd hidden them in an inside pocket. oh yeah, and he probably has a boner. a fucking enormous one. anyway, he grabs the back of my head, gently though, and he stares deep into my eyes, BORING A HOLE RIGHT INTO THE CENTER OF MY SOUL. he clears his throat and then he says," i paused dramatically.

"WHAT DOES HE SAY?!" shrieked eve hysterically, balanced on the edge of her chair, panting like a hot dog left in the sun.

"this is some real romantic shit, you guys." i lowered my voice an octave, getting them ready for the climax. "he leans over me, and i can feel the heat of his breath on my cheek. i swoon, of course, awaiting his instruction. and then he puts his mouth right next to my ear and says, in a low growl, 'i don't care if you keep your shirt on while we make love.' and then it ends."

THE SILENCE IN THE NAIL SHOP WAS DEAFENING.

"WHAT YOU MEAN END?" demanded "kelly," who had been filing my pinky so hard during the story that it started to bleed. "WHERE SEXY PART?!"

"well, i'm sure he jerked off in my hair or some shit after that, and maybe he got up to get me some cheese afterward, but for me the fantasy ends right there. i'm saying, my HOTTEST WET DREAM is basically to make ON-TOP-OF-CLOTHES-SEX a real fucking thing." eve threw her magazine at my head.

i have a drawer at home that contains the following: gross pajamas for when i'm in bed by myself; a weird assortment of donated lubes courtesy of all of my sex worker friends; a handful of vibrators varying in size, strength, and durability; cute bras not meant for a twelve hour workday; and CLOTHES TO HAVE SEX IN. here's the thing: i would be much more relaxed and comfortable sticking a crowbar in your asshole or lighting the tip of your dick on fire or whatever dirty, slutty thing you want me to do if i don't have to spend the entire time worrying about my fucking tits rolling into my goddamned armpit. seriously, if i could just tie this shit down i would be SO MUCH MORE FUN.

you can have ass jiggle or boob waddle, JUST PLEASE DEAR GOD NOT BOTH. oh my cellulite, i just cannot keep track of where all my shit is and what all my meat and cheese is doing while also giving you the best possible sexual experience. NOR CAN I FULFILL ANY OF YOUR STEAMY FANTASIES WHILE WORRIED I MIGHT STEP ON MY OWN NIPPLES. okay, so i'm not saying i have to wear a turtleneck and football pads in order to have a hot time; i don't need to wear a goddamned snowsuit to bed. but can't i just keep on this bra and frilly robe thing that cost so much goddamned money (flimsiest shit = most goddamned expensive) so i don't have to cringe in horror while listening to all that skin flapping around? *welp*

i have two different types of sex clothes: vagina time plus maybe a little anal chic, which means sexy things that are secured like fort knox on top and open wide enough to get a human head comfortably in there at the bottom; and pretending i'm on my period couture, which consists pretty much of long black maternity pants and sometimes socks if my radiator is acting like an asshole. if you girls can't get with this YOU ARE LYING. come on, now. you know you would attempt some reverse cowgirl acrobatics if you knew your boobs were strapped into a harness and not going to embarrass you while sliding all over the goddamned place. tits not unwieldy enough to potentially result in a black eye for you or your partner? i'm jealous. but you also know you'd rather lick the underside of some dude's balls without him fishing around inside you and fucking up all your good bacteria. SEXPANTS TO THE RESCUE, HO.

this ain't about no body shame, either. THIS IS A MATTER OF LOGISTICS. this is about theprocurement, maintenance, and transportation of materials, ie getting his bumblebee into my flower without awkwardly fumbling around and ruining everything and destroying the sex. the ability to conceal my weird birthmarks opens up a whole new world of potential activity, gentlemen. next time your ladyfriend resists when you tug at the hem of her nightgown, just ask, "if i let you keep it on, do i get to come on your face?" and i'm not sure if she'll say yes but, at the very least, she'll be wearing the towel she usually makes you jerk off into. everybody wins!

i know a lot of sensitive dudes, the kind who are all "i appreciate every blemish" and make sustained eye contact with you while they bang you, and those are the ones who are the least likely to let you get away with pulling your pants halfway down and letting him do his business while you finish the dinner dishes. you know the ones, the dudes who want to make love to every stretch mark. those are tough nuts to crack, especially since they really do (or really seem to) appreciate all of those moles you keep meaning to have lasered off your back. for them, you have to break out the heavy artillery: i either 1 say "ay dog, you can keep most of your stuff on, too. we'll save time and energy and be way less likely to get bodily fluids on my clean sheets. doesn't that sound so good?" or 2 "listen bro, it'll totally be like having sex with a victoria's secret lingerie model if i keep this bra and chemise on. doesn't that sound so amazing?" OKAY FINE, a lane bryant lingerie model, but you know what the fuck i meant. smartass.

so while you girls are waiting for your white knights on horseback and your strapping fabio lookalikes to storm the tower and rip your clothes off before making passionate romance novel love to you on a feather bed made from angels wings, imma be over here plucking petals off a daisy in breathless anticipation of a dude who doesn't mind getting busy through the pee hole in his boxers. SWOON.
Posted by samantha at 5:50 PM