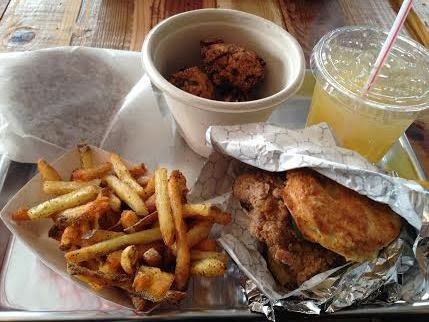 before i retire my vagina completely i gotta fuck a young dude for real. just one time, maybe two. i'm nursing a couple of unrequited crushes on humans my own age that i don't foresee panning out, which is killing what is left of my heart one minute at a time. love hurts. but before i abandon them entirely to instead lie about my age to try to fuck your uncle on ourtime.com, i'ma get a couple steroid shots and get my hip brace reinforced and then i'ma jump the shit out of some undergraduate bones, son. AND THEN I WILL DROP DEAD. seriously, my heart would probably explode in my chest. so my girl julia is a professor at columbia college and, because she obviously hates her students, she forced them to read a salty book about diarrhea and being bad at sex for class credit. then she invited me to talk to them about it. BECAUSE I WROTE IT.

i'm not even going to front, knowing that my stupid butthole book is being taught in real human classrooms makes me want to send one of those holiday update letters to everyone i hate with the words HOW YOU LIKE ME NOW in 72-point bold font printed on neon green eyeball-melting construction paper. or print that shit on a t-shirt: "right now there is a grad student writing an essay about my pubic hair so fuck what you think about my choices." i was nervous to go talk to them because, let's be honest, young people are fucking terrifying. i don't understand all of their piercings and cellphone apps and i don't care to. but that fear was 100% forgotten when some dumb asshole tried to fistfight the driver of the cab i was getting into downtown because she was sure i had "stolen" it from her. first of all bitch, this isn't iowa. seventeen empty cabs blew by in the time she spent shrieking and trying to SNATCH MY GODDAMNED BAG while i kicked at her in my snow boots. the cabbie (a nigerian astrophysicist, no doubt) got out to pull her off my shit and she immediately turned to sucker punch him which was so shocking and hilarious that i almost forgot to keep trying to claw her fucking eyes out before i kicked her in the back and slammed the door. the best part? my favorite: dude was clearly a fresh little baby american, and listening to people swear who know the words yet don't quite have a grasp on how to use them is an absolute fucking joy.

"FUCK SHIT, YOU GET OUT OF THIS SHITTING CAB."
"BITCH ASSHOLE! YOUR FUCKING COCK SHIT NEEDS TO GO."
"I CALL POLICE, YOU FUCK FUCKER. OUT OF THIS BITCHING CAB."
so i was late. and i hurt my ankle.
but at least i had a good story for those little fuck fuckers.

so how can i trick a dude between the ages of 21-26 into rubbing aspercreme on my shoulder a couple nights a week? all of that swooning adulation was goddamned INTOXICATING, and that is a feeling i should be feeling all the motherfucking time. what i gotta do to make this happen!? the biggest difference between me and a college kid, besides the amount of cartilage in our respective knees, is that 1 i have a regular paycheck. my refrigerator is full of fourteen different types of artisanal cheese from whole foods and at least a dozen bags of vegetables in varying degrees of decomposition. I CAN BUY ALL OF THE CHIPOTLE. and guess whose new mommy has a costco membership? COME MAX THIS ECONOMY SIZED BOX OF POP TARTS, MY GUY. i could totally chip the ice off of the gross lean cuisine flavors i’m saving for the apocalypse to make room for some totinos pizza rolls and chicken nuggets or whatever the fuck young people eat. not trying to holler at that mushroom risotto i just meticulously prepared? I UNDERSTAND, BRO. who needs to throw out her elbow sweating her mascara off over a beautiful 5 quart le creuset braiser trying to make an impressive dinner when she could just run to walgreens and buy some gatorade and cereal!? NOT FUCKING ME. and 2 i can go to bed at whatever time i want. and i don't share my bathroom with nineteen other people. the one year i lived in a dorm my roommate and i lived next to the RA, which means if we were watching the episodes of young and the restless i had recorded while we were at biology lecture too loud after midnight on a tuesday we could expect an irritated knock on the door from our acne-ridden, trumpet-playing neighbor telling us to turn the tv down and get some rest for class. which was weird because the only reason i even went to college was so that i could stay up late watching mtv and falling asleep in my jeans. then get up and wear those same jeans to breakfast. i didn't borrow $16,000 from the state to have a dude my own age with a howard stern tattoo tell me when i had to take my ass to bed. so i dropped out to "join the workforce," ie, "eat tuna salad footlongs at 3am while doing the laundry."

two tiny examples of at least a dozen things i must learn to use to my advantage when selling these used goods to unsuspecting grad students. in addition to their lack of basic skills knowledge (i know how to write checks!) and incredibly low standards when it comes to snack foods, give one a wifi password and a pair of headphones and it can keep itself entertained for hours at a time. EASIER THAN A PLANT. but they are poor. and unreliable. ugh and messy. i'ma keep you posted.

after impressing the future of america with my sparkling wit, effervescent charm, and my uncanny ability to sweat through three layers of clothing in a temperature-controlled environment, julia and i fled a campus full of skinny jeans and fake plastic glasses (they're still doing that, omg) and went to a preview for this new chicken restaurant called leghorn. WHY THE FUCK HAVEN'T I EVER THOUGHT OF THIS. i write a blog called "bitches gotta eat," son. i should be on every restaurant publicist's list in the city, amirite!? they don't have to know that i write about banging sluts and vomiting into my handbag on the train until after i've already consumed my glamorous free meal.

we rolled up to the spot and i immediately panicked because all of the girls i could see while squinting through the windows were tiny and adorable. "this is a place that serves biscuits and chicken thighs, right?" i side-eyed julia. she reassured me that she wasn't leading me into a motherfucking kale smoothie spot and i was surprised to hear mf doom bumping at a deafening level from the speakers. i still felt like a fucking fraud, tho, because i didn't have the prerequisite expensive shoulder satchel or jaunty fashion hat. how can you be a food reviewer if it doesn't appear that you actually eat food? straight up like, where the fuck are you going to put that chicken thigh, amy.

what a total goddamn treat it is to eat food without having to wait in line or get smacked in the face by the six layers of winter clothing the bitch at the table next to yours has to take off before she can fit into her chair, FUCK CHICAGO. somebody put me on every foodie publicist list in this godforsaken hellscape, because if the shit was free and served in the kind of place where bearded hipster bartenders wear unironic suspenders then i would probably eat dog food on communion crackers and then write a glowing review. i had a super-delicious pickle-brined chicken thigh on a buttered biscuit with hush puppies and fries and i posted that shit on insta and the twitter machine, and so begins my new side hustle as a fancy and important restaurant critic.

EXCEPT. two more of my teeth are now rotting out of my head. WHAT THE FUCKING FUCK, UNIVERSE. i swear to god that i grew up in america, with access to toothpaste and fluoride in my tap water. and when i was in my early 20s i did what i was supposed to do: i saved every nickel and dime i could scavenge and instead of getting a cell phone from cingular or a giant bag of opiates i was responsible and paid this dentist in a real office with real magazines in the waiting room and real equipment to root canal several of the teeth my disadvantaged childhood had left to die in my skull. i took the antibiotics and sat at my freelance job with bags of frozen peas propped against my jaw and spent weeks taking the bus back and forth to this crumbling medical building as she took apart and cleaned out my gross teeth. and then last summer a couple of them broke in the middle of the goddamned because the roots within hadn't been properly cleaned and my upper jaw had spent the last seven years filling up with raging bacteria. so i went to a new dentist, and then an endodontist, and then an oral surgeon, and now i have a gaping hole in the top right side of my mouth. it cost $4,319,623, most of which i still owe my goddamned boss, who i'm pretty sure at this point officially owns me.

and i had the come to jesus moment, i promise. i started flossing more than once a season and burned the top layer of my fucking tongue off rinsing with listerine twice a day and my reward for such diligence was TWO TEETH BREAKING IN MY BOTTOM LEFT JAW LAST WEEK. do you know what it's like to hear your teeth break inside your head? the jagged stalagmites immediately lacerated my cheek and i got blood all over my shirt before stuffing a paper towel in my mouth and leaving work to go get it looked at. SAME SHIT, DIFFERENT DAY was my official diagnosis, as the last of those back door root canals reared its ugly head, this time with nine years worth of bacteria causing the fracture. my dentist was out of town, so the on call dentist shaved the sides of the broken teeth after pointing out the new cloud of blood-poisoning infectiondeath hovering gloomily over the left side of my mouth on the xray. two more weeks of antibiotics, and i'm going in next week to talk about a "treatment plan," which translates to "you need to get a kickstarter to raise money for me to wrestle out two more of your disgusting teeth."

so yeah, i need a young dude. especially one with a few extra teeth. bridges is expensive.
Posted by samantha at 5:30 PM