MY PARTYING DAYS ARE OVER, MOTHERFUCKER. 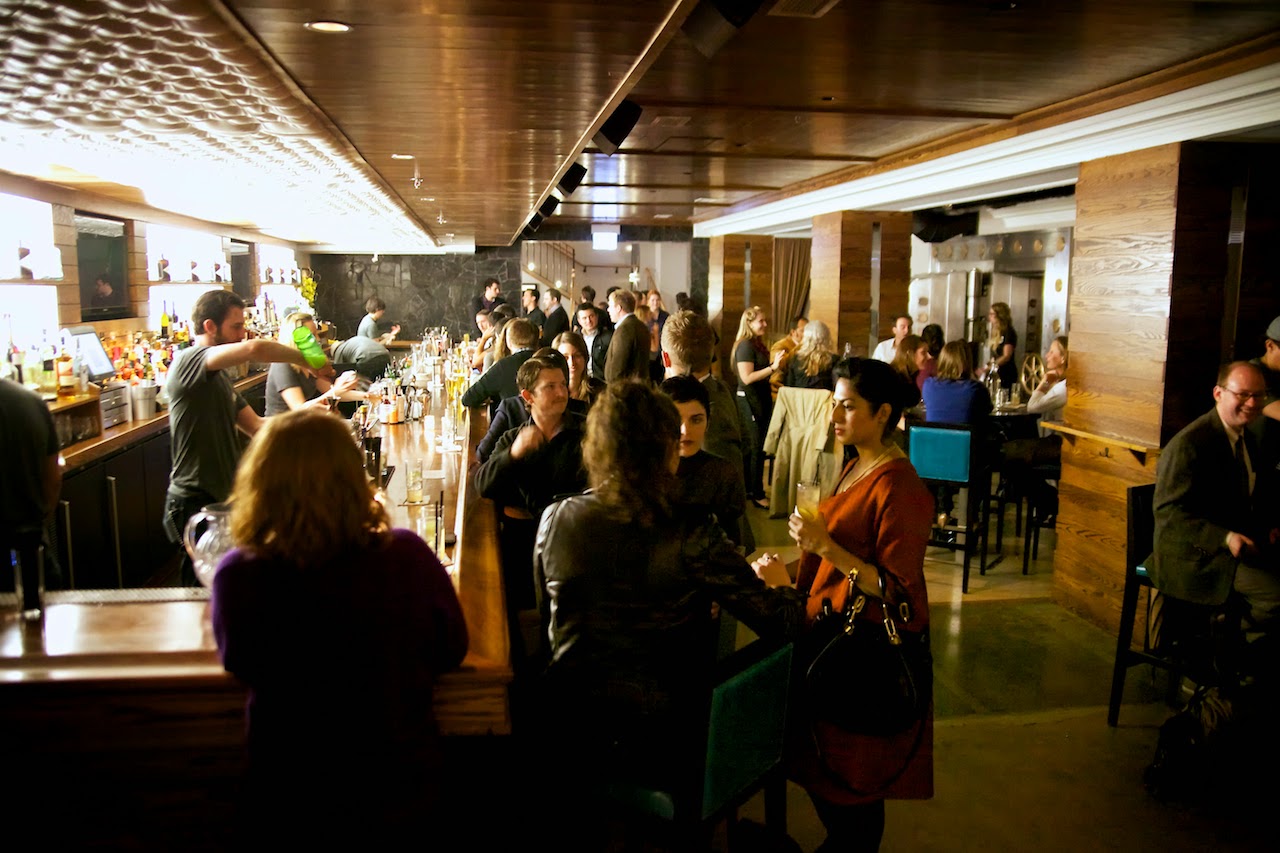 it would’ve been all good if it had been a motherfucking tuesday. on a tuesday i could’ve gotten a reservation for earlier than nine goddamned thirty and would’ve already been home in bed flossing the cauliflower fritters out of my teeth by the time jimmy fallon came on. god, that is the buttery shit about going out during the week, the fact that you can get a four-top at the most happening shit and still get nine hours of sleep before work. saturdays are for laying around all day texting “brunch?” to every bitch in your phone while reading all the magazines piled next to the toilet in your bathroom. saturdays are for weird shit like cleaning your makeup brushes and buying vegetables at the farmers market that you have no intention of ever cooking. before you had chin hair saturdays were for sleeping until nightfall then dragging your ass to the disco on stilts, but now that you have a savings account you’re all “can’t we just watch this top chef marathon in our pajamas and get a pizza!?” in my obama voice: YES WE CAN.

having bitches visit from out of town is wild stressful. 1 there is an exhaustive list of cool places to eat and drink and take pictures of shit (mostly your food and/or drinks because let’s be serious even though the conservatory is ten minutes away if you’re visiting me we are NOT going to that shit) and as the curator of your coolest most amazing chicago experience i am filled with anxiety about making the exact right choices. i don’t take that shit lightly. it's like making a mixtape for your 9th grade crush; you need the perfect ratio of liz phair to breeders so that he knows that duh you want to go down on him but ALSO YOU'RE A TOTALLY FUCKING SMART AND PUNK ROCK RIOT GRRRL. with a minimum of three R's. and as much as i love the queso at that dirty ass taco spot under the train i'm an asshole if i take you there, and no we are not eating anything off that mango truck parked on my block. vacations are not for drinking out of styrofoam cups.


and 2 nobody ever wants to see your real fucking life. and you don’t want them to, either. I TAKE 47 NAPS A DAY, SISTER. YOU AIN’T COME HERE TO WATCH THAT DEPRESSING SHIT. if you’re like, “sam, what did you do this weekend?” i’ma give you the highlight reel: coffee at growling rabbit, cocktails at three dots and a dash, maybe a movie at landmark. what i really did: all that shit plus eating too many gummy vitamins because they taste good and a lot of falling asleep at my motherfucking desk. you didn’t get on a plane to see that shit! you came to take instagrams of al pastor tacos and goddamn it if i’m not going to come through for you! i will spare your watching me hold up the bus line as i try to locate my ventra card from the bottom of an overstuffed backpack; we will take cabs, we will pretend we don't have bills, AND WE WILL EAT DINNER LATE AT NIGHT LIKE THE COOL KIDS. my friend mavis came to town last weekend and, after i hyperventilated thinking about the five bags of magazines i had to drag down to the recycling and how much i hate scrubbing the goddamned bathtub and wondering whether or not people notice if your dishtowels match, i was like, "where the fuck are we going to eat!?"

which leads us here, to the bedford, and our 1030pm cheeseburgers. let's be honest, i was dozing off before the waitress even brought the drinks. i'm not sure what time dinner service is over, but the gentle unce-unce-unce of a generic house beat was already pulsing through restaurant just loud enough to warn the old people that it was time to wrap it up and flag their servers down to get the check. as mavis and i dragged our chairs ever closer to hear each other over the cacophony of shrill mating calls rising from the crowd of bachelorette party attendees seated to our right i slid off my orthopedic sandals and took a couple motrin to temper what was sure to be a raging headache the next morning. outside the dining room, i could see through the partition that the party was starting to pick up speed. my eyes burned as men with carefully unbuttoned collars and artfully disheveled hair cruised past our table leaving a cloud of gucci homme in their wake; my head throbbed along with a migos house remix. we motioned for the check, eager to get back in mavis' volvo and listen to this american life podcasts with our seatbelts responsibly fastened, when i saw something that made my heart stop. BITCH, MY FUCKING NEPHEW IS HERE.

i was ten years old when travis was born. i have three older sisters who had until that point produced two female children among them, so when the sonogram showed a tiny little penis about to claw its way out of my sister's butthole my entire family basically lost their collective shit that finally someone was moving into our house who wouldn’t fuck up everyone else’s perfectly synced menstrual cycles. BEHOLD, A PRECIOUS MANCHILD ONTO WHOM WE CAN PROJECT OUR DADDY ISSUES. no just kidding, we treated that little asshole like he was prince akeem or some shit. rose petals in his bathwater, fat dudes singing falsetto about his new wife, arsenio hall playing his best friend until 1996, the works. and he is the goddamn best. he's handsome and he has a business degree and he speaks a little german because he played pro basketball over there for a couple years: HE IS THE PRIDE OF THIS FAMILY. especially since i write dick jokes on the internet. the young man was wearing the kind of crisp extra-medium shirt found snugly-fit on mannequins inside the windows at express men coupled with long, shiny shoes with a square toe. we both laughed awkwardly at having encountered one another in a place other than over a pan of overcooked dressing in my sister's kitchen.

"MY FRIENDS ARE OVER THERE," he shout-talked into my ear, motioning toward a bunch of dudes in the corner i would've been trying to convince to peel off the "shapewear" sweatglued to the underside of my butt meat if i hadn't been changing their diapers 20+ years ago. travis waved them over as i watched their puerile smiles melt into furrowed brows of concern. "THIS IS MY AUNT!" he shout-talked reassuringly. "THIS IS MY AUNT AND SHE JUST WITHDREW HER RAGGEDY 401k TO BUY US SOME SHOTS."

this little cockblocking motherfucker. “aunt” is not a sexword. your AUNT wears knee-high compression stockings and doesn’t pluck the hairs out of her chin. your AUNT has soft, balled-up tissue in the pockets of her cardigan and won’t let you watch the good shit on tv. your AUNT doesn’t have a killer mohawk and a hilarious sexblog, no, your AUNT puts spinach in her smoothies and takes a lot of celebrex for her deteriorated joints and posts a lot of pictures of her cat on instagram and WAIT A MINUTE. (fuck!) he has never called me "aunt samantha" a day in his life, now all of a sudden when i'm out past my bedtime trying to look cool you want to have some deference, bro? do you not understand how many pieces of naked baby blackmail there are in my motherfucking phone!?

"TURN DOWN FOR WHAT," i shouted enthusiastically, trying to sound youthful enough to still have viable hopes and dreams, palm outstretched to this dude i probably could have gestated. he gave me a funny look and clumsily shook my hand. mavis stood next to me smiling the self-conscious smile of a woman with an episiotomy scar wearing comfort insoles in a disco. i thought about the mason jars full of homemade preserves she'd brought with her from michigan as i elbowed a 19-year-old wearing her nighttime bikini (i guess) in the ribs to edge my way closer to the bar. "DO YOU HAVE MILK OF MAGNESIA?" i screamed at the bartender as she overturned a bottle of bourbon into a cluster of awaiting glasses. she smiled vacantly as my joke got swallowed up by the demands of the frat boys on either of my sides and i laughed at this grown man ordering a drink made with apple pucker.

we downed our shots and chased them with pints of allagash and i wondered if it had been a bad idea to take so much gabapentin that morning with my unsweetened shredded wheat (that's what old people eat for breakfast, right). mavis and i bid adieu to my sister's youngest child and i told him to make as many bad decisions as i can afford for my lawyer to get him out of jail for. sunday m and i went to big jones and the sex shop and the lesbian bookstore and several other places on my "HEY LOOK HOW COOL I AM" checklist. in the daytime. fully fucking clothed. like grownups.

buy my book, i need beer money.
Posted by samantha at 6:16 PM